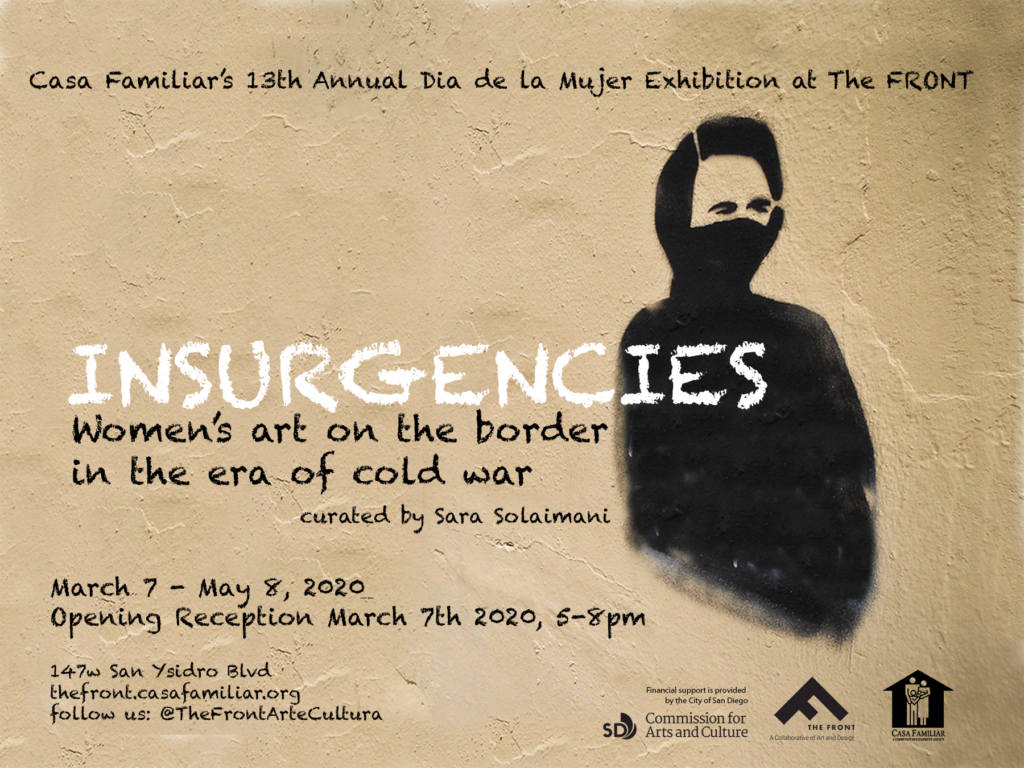 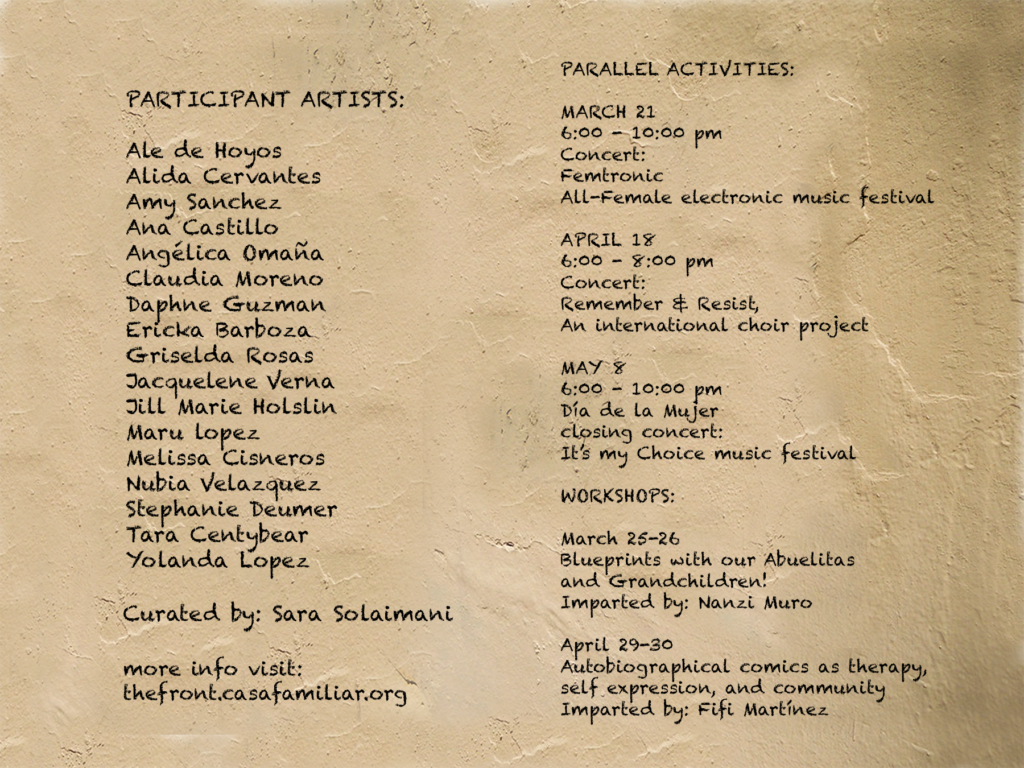 We are glad to invite you to:
Casa Familiar´s 13th Annual Dia de la Mujer at The Front.

INSURGENCIES, Women’s art on the border in the era of cold war.
Curated by Sara Solaimani.

The Dia de la Mujer Exhibition at The FRONT, is a long time tradition in San Ysidro and San Diego. It is an event that brings together a wide array of women artists to show their work and offers an open invitation for artists to explore relevant issues of womanhood, gender, politics, community and spirituality.
This year in its 13th edition, the exhibition is curated by Sara Solaimani, researcher and curator whose work specializes in art from the border region of Tijuana – San Diego, as well as chicano art and its relation to the political events of our era.

The exhibition is called: Insurgencies: women’s art on the border in the era of cold war, and focuses on the volatile political climate and tactics of cold war used here at the border, where we witness it first hand in state-sanctioned immigration proceedings tearing apart our families, unfair labor dealings, institutional racism and sexism, and militarization and privatization of our shared spaces.

The 13th Annual Dia de la Mujer Art Exhibition is celebrated at The FRONT Arte & Cultura (147 W. San Ysidro Blvd, 92173.) Run by Casa Familiar, a community development agency. The FRONT is the only art space in San Ysidro and one of the few in the south bay, and remains after 13 years of operation, a key binational and multicultural art institution of the San Diego – Tijuana region.

Exhibition will run until May 8, 2020.
thefront.casafamiliar.org
folow us:  @TheFrontArteCultura
Financial support provided by The Commission for Arts and Culture of the City of San Diego & Vivian Moreno’s San Diego City Council’s office.