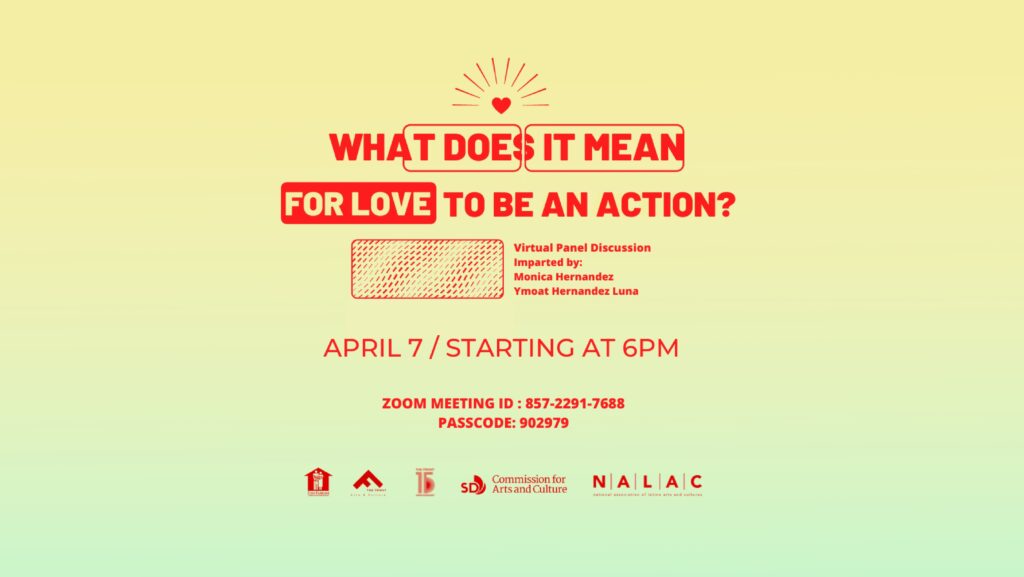 Monica Hernandez was raised in San Ysidro and has been actively engaged in community building, empowerment and the arts since high school. She graduated from UC Berkeley with a Bachelor of Arts in Chicanx Studies with an interdisciplinary focus in social justice, cultural studies and multimedia. Monica was one of the co-founders and the first Art & Culture Director of Casa Familiar’s The Front, where she curated numerous exhibitions (2004) and was part of the collaborative that organized the first Dia de La Mujer at The Front (2008). She is also an alumni of NALAC’s (National Association of Latinx Arts & Culture) Leadership Institute.

Monica is an interdisciplinary artivist and cultural worker who goes by the artist’s name of “wika”. Her art and praxis are primarily informed by her upbringing along the US///Mexico border, hip-hop culture, indigenismo and social justice movements. Monica has been invited to give lectures and workshops across the U.S. to raise awareness on human rights violations along the border. She was an Associate Producer of Rights on the Line: Vigilantes at the Border (2005), a presenter at the World Social Forum (2006) and organized a community-wide art walk with 7 galleries in Barrio Logan, themed – Don’t Shoot: Show Love (2014) to challenge an upsurge of police brutality in San Diego.

Currently, Monica is Casa Familiar’s Development & Social Impact Officer, overseeing organizational fundraising and advocacy efforts mainly in the areas of social equity, immigrant rights and environmental justice. She is also presently a part of the Sin Fronteras Writing Group lead by Herbert Siguenza (Playwright in Residence at the San Diego Rep & Co-Founder of Culture Clash) that is actively gathering testimonies of San Diego Chicanx activists and community members from the 1970’s who were engaged in the takeover of Chicano Park, to create an upcoming flor y canto visual performance piece (2022).

Ymoat Hernandez Luna is a Xicana, Xicanapatista originally from Zacatecas but has been raised most of her life near the San Diego-Tijuana border. She is an organizer activist with Detention Resistance, a grassroots abolitionist collective that focuses on working in accompaniment with migrants inside the Otay Mesa Detention Center. She is also part of various other Zapatista organizations like Sexta Grietas del Norte network, Xican@patista Autonomxs collective who inspire the continued working of creating autonomous structures, communities, and other imaginaries in our geographies north of the Muro. As a current board member of the Centro Cultural de la Raza, she puts into practice collectively creating a space in the community with a Zapatista praxis.