A podcast about the arts and culture from the San Ysidro border region. We are an art gallery located right by the most transited international border in the world: The San Diego/ Tijuana Border. Listen to the people giving this area a very vibrant cultural and artistic binational life.

Listen to all our previous episodes below, or find us on all listening platforms.

In this episode, we highlight art, people and music from the San Diego/Tijuana region. We talked to artist Armando De la Torre about his project with SD Park Social, musician Kathia Ruda from Ensenada about her ocean inspired music, and locals on the Imperial Beach Pier about their favorite pastimes.

This episode was made possible by general support from NALAC.

In this episode, we speak with community music teacher Henry Aponte on the importance of education and its effect to improve our community. We listen to Las Zapatistas introduce themselves, whilst also hearing their upcoming live session. San Ysidro Skater Kids also tell us about their origins, and what their next chapter has in store.

Our music feature for this episode is Las Lunas De Galio, a tijuana pop-rock group.

This episode was made possible by general support from NALAC.

In this episode, The FRONT Arte y Cultura meets with participating emerging artists from our upcoming exhibition, New Native Narratives, to describe their experience taking part in the program. We interviewed Leslye Villaseñor, Casiel Sanchez, Adrian Del Riego, Marlon PV, Evan Lopez, Rianne Elyse, Carlos Luna,  Natalia Ventura, & our gallery director Francisco Morales. They discuss their experiences, thoughts, and what steps they take from their instructors to improve their artwork. Our music feature for this episode is The Fazes, local femme garage dark wave group from Vista, CA. This episode was made possible by general support from NALAC.

This episode was aired on nettnettradio.com on June 17th, 2022

In this episode, The FRONT Arte y Cultura discusses May Day’s importance, the value of workers’ rights, unionizing and its role within arts organizations, and how it affects our communities. We interviewed Brittney DeVeau, Union Chair of the New Children’s Museum, Francisco Morales, gallery director of The FRONT, Karla Garcia, community activist, and Zian, community member. They discuss their experiences, thoughts, and what steps they take to advocate for better work environments. This episode was made possible by general support from NALAC.

This episode was aired on nettnettradio.com on May 20th, 2022

In this episode, The FRONT Arte y Cultura team explores sustainability, and environmental justice, as a dedication to Earth Day. We interviewed Dan Whitman, coordinator for the Binational Friendship Park, and Alexis Aceituno, a former oil refinery worker. Additionally, we listen to an audio collage of audio submissions from the community, asking what they imagine as a green and clean future. MAKI, multi-instrumentalist of pop, jazz, and electronica is the music feature for this episode. With general support from NALAC.

Thank you to Irma Bejarle, Ainara Calahorra, Lourdes Sanchez, Daniel Whitman, Alexis Aceituno, for their words. MAKI for her music.

This episode was aired on nettnettradio.com on April 22nd, 2022

Dedicated to International Women’s day, The Front Arte y Cultura’s Podcast, created an open call for self-identifying women and non-binary people from our community to send in audios of themselves. In addition, we include special interviews with community members, about what womanhood means to them.

Thank you to the National Association of Latino Arts, & The San Diego Commission For Arts & Culture, & nettnett radio.

This episode was aired on nettnettradio.com on April 1st, 2022

In this episode, we interview Nortec: Bostich + Fussible right before their DJ Set Concert outside the gallery, as the extension to the fifteenth anniversary exhibition, “El Devenir / Becoming” celebration. Breny Aceituno & Hector Castro sit down with members, Ramon Amezcua, & Pepe Mogt, to talk about their influences in the trans-border region, what the times reflect with their work, and what there is to come from the group in the future.Thank you to the National Association of Latino Arts, & The San Diego Commission For Arts & Culture for their support on this episode.

In this episode, our collaborator Breny Aceituno interviews participating artists’ LaRissa Rogers, Jackie Mesquita, & Kate Clark, as well as one of the co-curators Alan Luna from the past exhibition ‘And We Will Sing In The Tall Grass Again’ to look back at the unique features of it’s showcase, and the overall meaning of its themes.

Pixca Farms is a small local farm by the Tijuana River Valley which consists of a large array of organic vegetables, seasonal flowers, and other produce. Through its’ time in operation, it has served local residents with a variety of goods many others have been able to consume at farther farmer’s markets North of the San Diego region. It’s close location to the border aside its formidable plant diversity, has left a unique charm to it’s name.

In this episode, Breny Aceituno, with the Front Arte Cultura Team, met with Chris Juarez, the co-owner of Pixca farms to discuss their origins, produce, and their contribution in bringing in healthy organic foods to their local community.

In addition, The Front Arte Cultura announces new upcoming news at the gallery space for Fall aside a musical feature by local San Diego band, Moonsugar.

Sidro Saturdays is an all-new monthly event happening in the friendly border town, San Ysidro focused on creating a sense of belonging, identity and community.

In this Episode Breny Aceituno talked to multiple artists and community members who participated in the debut of the event.

In this episode we talk about our outdoors exhibitions that were a response to the pandemic, with some interviews about urban art with artists from San Diego and Tijuana. An interview with Yvonne Venegas, photographer from San Diego – Tijuana. Music from A Love Electric and more!

In this episode we will listen to Sara Solaimani, curator of the Dia de la Mujer Exhibition at The Front and Angelica Omaña, one of the participant artists, taking about the show.  Andrew Sturm, Public Vitality Facilitator at Casa Familiar shares the process of the Living Rooms at the Border project. Everything in the middle of the Coronavirus Pandemic.

In this episode we will listen to Irma Sofia Poeter talk about her restrospevtive show at Cecut and the Front. Also, «Concerning of two» a binational exhibition and some exciting news! 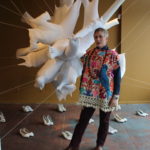 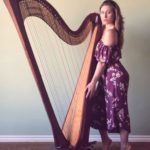 In this episode we will focus on the electronic art exhibition: META-AFFECTION, which took place from September 7th to November 9th 2019.

In this first episode, we are going to share a little bit about ourselves, and talk about the 2019 Annual Dia de la Mujer Exhibition. We had a conversation with Mely Barragán, Carmela Castrejon and Molly Gabbard, the curators and artists of this show.  We will listen to original music by Shindings, a local project from South San Diego. As well as informing you on what’s to come at The Front.

Francisco Eme (1981) is originally from Mexico City currently living in San Diego working as a director at The Front Arte & Cultura gallery in San Ysidro California. As an artist, he is particularly interested in the sundry everyday situations and social interactions that compress, synthesize, and reflect the complexities of today’s world.

Breny Aceituno is a Imperial Beach resident working for a public health program that aims to disarm the health disparities present in Latino communities living near the San Diego border.
Breny graduated from UCLA with a bachelor’s in Political Science. She earned a master’s degree in Conflict Management from the University of Haifa in Israel. Breny has worked as a broadcast journalist for Ruptly TV in Berlin, Germany, and as a reporter and producer for Aarhus Radio House in Denmark and KCRW in Santa Monica, CA. She considers herself a life-long learner who is driven by the actionable accountable measures that can improve our communities.She has a passion for conflict management, investigative journalism, and for all the wonders that are often unmasked in places made up of dichotomies (i.e. border towns, conflict zones, and isolated communities).

Karla Elena Garcia is a Chicanx Kumeyaay Femme and resident of Barrio Logan. She grew up in Southeast San Diego for most of her life until she went away for college at the University of California-Berkeley where she studied Political Science and Chicano studies. She was one of the co-organizers in the bay area that was bringing attention to the missing 43 missing students of Ayotzinapa, which is when her passion for human rights truly began. Her day job consist of working for an immigration law firm and on her off time she advocates for the rights of her unhoused neighbors and the importance of building community. She loves to paint to relax and supports the local efforts sprouting up to support the arts in San Diego.

Hector Castro is a local independent creative from the South Bay Art & Music scene in San Ysidro, CA. His focus is to implement inclusivity as an opportunity for new artists to integrate with others from outside the city/state lines. Through the use of photography, graphic design, booking/management, curation, and a social platform, Hector collaborates with fellow local creatives to enrich a community without corporate/industrial aid.