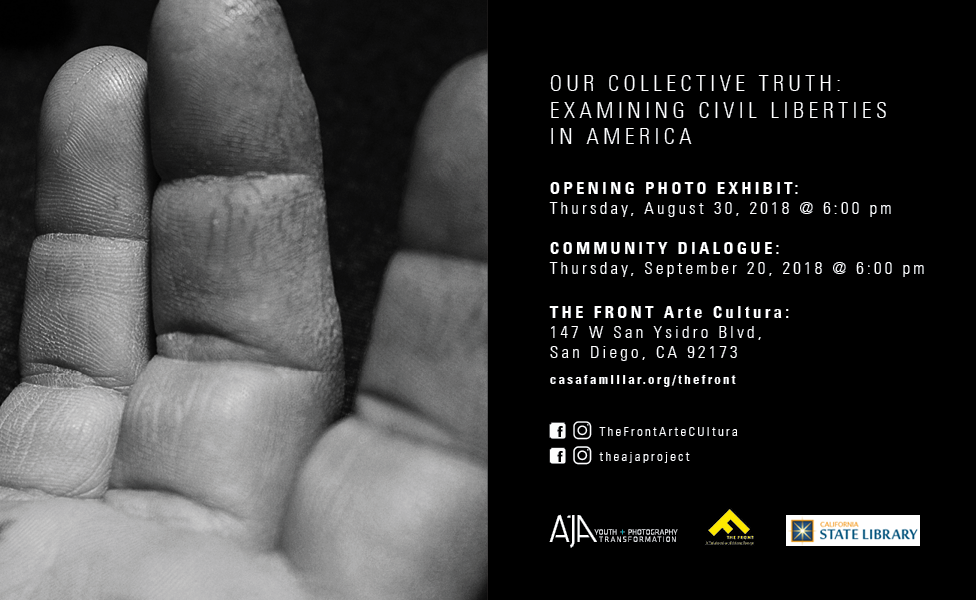 Our Collective Truth: Examining Civil Liberties in America presents the work of four artists who are each, in their own ways, affected by the legacies of the wartime incarceration of Japanese Americans. They have studied and grappled with the diverse factors that contributed to making Japanese Americans vulnerable when the US and Japan went to war in 1941, and their work reflects on the parallels between the historic experiences from over 70 years ago and their own experiences now.

Organized by The AjA Project and generously funded by the California Civil Liberties Public Education Program, this project connected participants to the history of the World War II incarceration of Japanese Americans and invited them to create their own work after reflecting on how the historical experiences were photographed, documented, and narrated.